How To Have The Bali Vacation Of Your Dreams?

Bali has two stories to tell. One is told along a seductive stretch of beach peppered with fishing boats, surfers and some of the most relaxing sands. 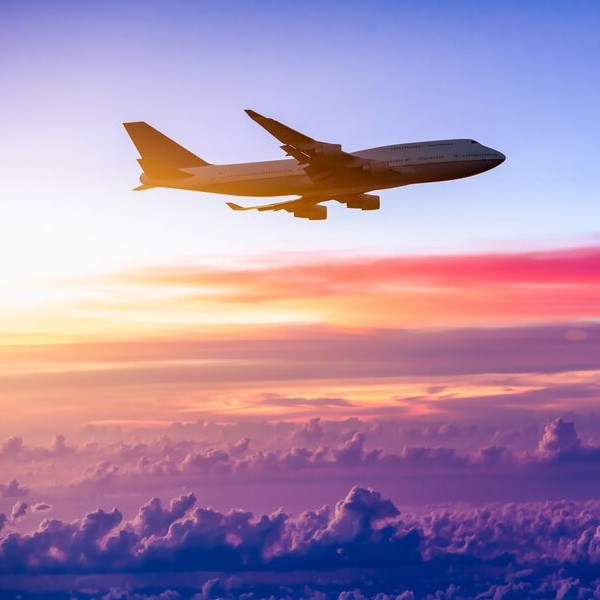 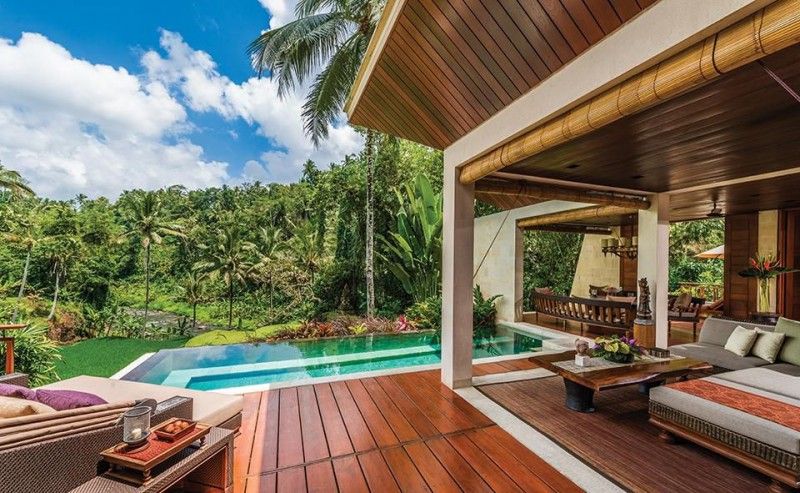 Bali has two stories to tell. One is told along a seductive stretch of beach peppered with fishing boats, surfers and some of the most relaxing sands in the Pacific.

The other narrative takes place deep in the lush Balinese forest, where coconut trees go as far as the eye can see and koi swim freely. It’s a tranquility unlike almost anywhere else on earth.

If you don’t know which version of the story you want to experience during your time on the Indonesian island, you’re in luck because the Four Seasons will happily share both with you. Separated by just 25 miles, the sun-soaked Four Seasons Resort Bali at Jimbaran Bay and the jungle-cloaked Four Seasons Resort Bali at Sayan are two distinctly different destinations that lead you to the same conclusion — Bali is a beautiful, deeply spiritual place, filled with drama and intrigue, and it’s just waiting for you to come and write your own chapter. 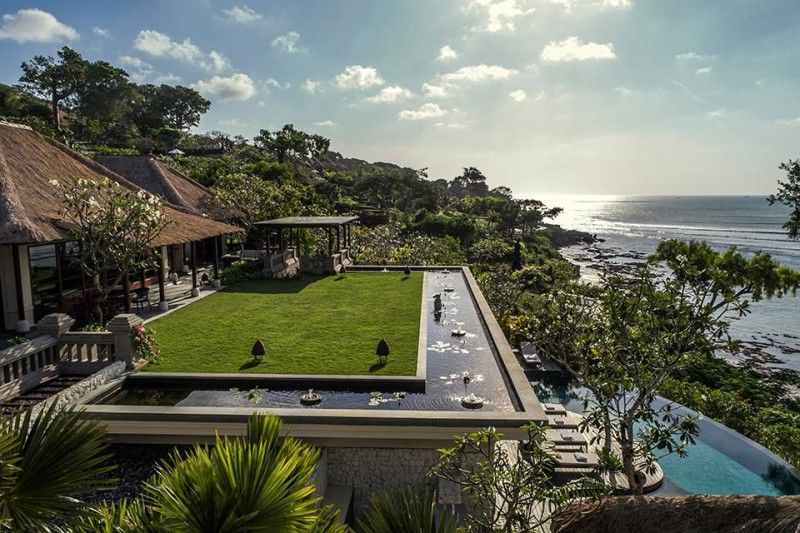 When you look out from your one-, two- or three-bedroom villa toward the waves, you can spy planes landing, boats docking and surfers gliding. Turn the other direction and you’ll see a 147-room paradise carved into the hills, seemingly a world away from any form of civilization. Inspired by traditional Balinese architecture, villas here have stone-walled courtyards and special spots for canang floral offerings to the gods. Units even come with steps at the entryway to keep out the fat, lazy spirits.

Between May 2015 and June 2017, many of the oceanfront villas at this Forbes Travel Guide Five-Star retreat were renovated, which only accentuated the thatched roofed- and infinity-pool-powered elegance. From the grand (antique-style tubs) to the granular (travel tins of Ricola cough drops), you’ll be amazed at how accommodating the resort is without losing its identity.

The most spectacular of the rooms is the Imperial Villa. Expanded to two levels during the makeover, the space features three bedrooms, a state-of-the-art kitchen, a private gym, handcrafted artwork and massive floor-to-forever windows spread over nearly 14,000 square feet. It’s enough to keep you sequestered in your private palace. 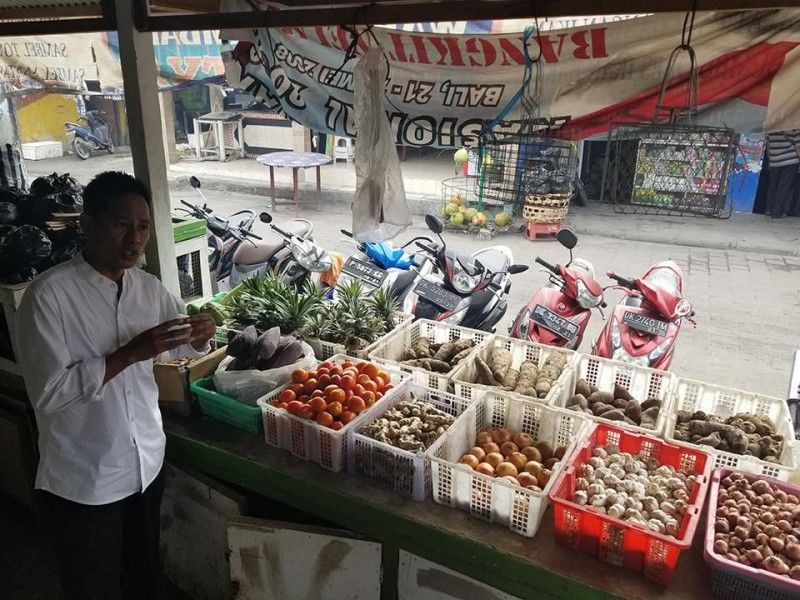 But if you did that, you would never experience a 35-acre property that gives a taste of local life without ever feeling kitschy. Days here can be filled penning all sorts of memories — create a dolphin from a chunk of wood in a carving class; go aerial during a ground-breaking antigravity yoga session; visit the Pura Sila Giri Kesarah temple and get a blessing from resort priest Aji Ngurah; glimpse into the unknown with a psychic medium, astrologer or other specialist in residence at the resort. Do as much or as little as you’d like; it’s up to you.

However you choose to play out your adventure, make sure a few hours are set aside for the Jimbaran Bay Cooking Academy. Your interactive stretch starts with a visit to the nearby village’s market with chef Kristya. Don’t worry, the smell of freshly caught red snapper won’t be nearly as overwhelming as the sheer sights and sounds between the stalls of seafood and spices. 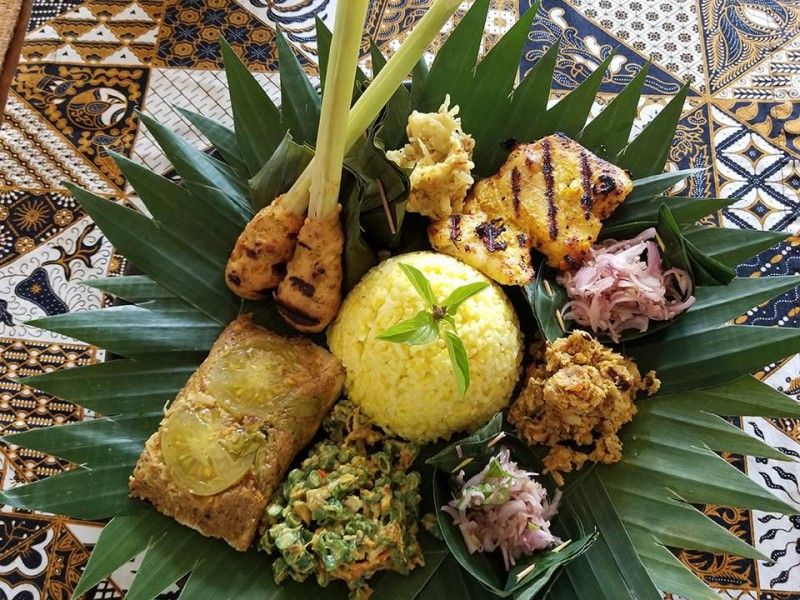 Once you get back on property, don an apron and get to work. Sure, you can chronicle the slicing and dicing on your social media feeds, but your time with chef Kristya is also meant for learning about ingredients (coconut oil is the most traditional Bali cooking oil) and flavors (minced chicken inside a banana leaf is heavenly) before enjoying a customary meal you’ve helped prepare.

You may think your sambal matah (spicy lemongrass shallot relish) is worthy of mass consumption until you’ve tasted what the professionals in Jimbaran Bay’s kitchens can really do. Sundara serves a modern-Asian menu throughout the day — you’ll have equal love for the matcha pancakes as you do the lamb curry a few hours later. And if you’ve reserved the aforementioned Imperial Villa, your stay comes with a scrumptious in-villa breakfast for six cooked by a private chef.

The Journey Between Paradises

The hour-plus ride between the two Four Seasons resorts is filled with busy intersections and winding country roads. So that you don’t get frustrated with the trip, make a pit stop in Seminyak, a bustling region for retail and really good dining in southern Bali. Here, you’ll be able to shop like a tourist (the congested, trinket-filled market) or a local (seems like everyone owns at least one pair of Fipper sandals).

If you feel hunger pangs while walking the busy streets, a trip to Da Maria is in order. A departure from usual Balinese fare, this airy, November 2016-opened eatery serves as a cathedral to pizza. Patrons come for the margherita and marinara pies for lunch, dinner and late-night cravings — the vibrant space stays open until about 2 a.m. 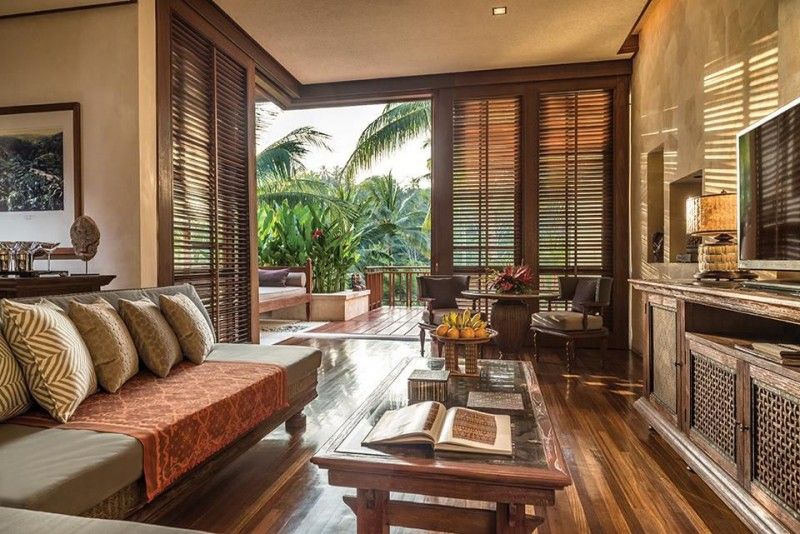 Inside a Four Seasons Resorts Bali at Sayan Villa

If you had to describe this Five-Star property, you wouldn’t be far off by calling it a luxuriously laidback Jurassic Park. It’s just that bold, bountiful and breathtaking. (Thankfully, though, the tiny lizards here are far less menacing than those from the Michael Crichton book.) Walk across a suspension bridge to a building that appears to have been delicately placed in the middle of the lush Sayan Valley. Have your camera ready for this moment because you won’t have the words for it later.

Once you descend into the open-air lobby defined by Maximillian Jencquel’s Stairway to Heaven art installation and unfettered views of the treetops, hop into a golf cart for a ride to one of the 60 suites and villas. Take notice of the sounds: the frogs, the nearby Ayung River, the gardeners using a sickle to trim grass because power tools disrupt the resort’s energy.

Architect John Heah’s wish was for his buildings to embrace the bushes, and that harmony between the two carries throughout. To get to your villa, take stairs down from a rooftop lily pond. Once you enter your private world of wonder, you’ll find everything you’d expect in upscale Bali lodging: wood carvings, a canopied bed and an infinity pool. But no matter how many brochures you’ve read, nothing can prepare you for the serenity. Whether your unit’s view is of the rice field or the river, it’ll be so peaceful that you can hear your thoughts’ thoughts.

Reach an even more elevated state of Zen with the Four Seasons’ sacred nap, an afternoon activity that finds you suspended from the ceiling of the Dharma Shanti Bale in a 100 percent silk hammock. While cocooned, Ibu Fera, the resident wellness mentor, tells you a story about Buddha. You’ll remember pieces of it, but the remainder will be a blur because of the nap you will have drifted into. 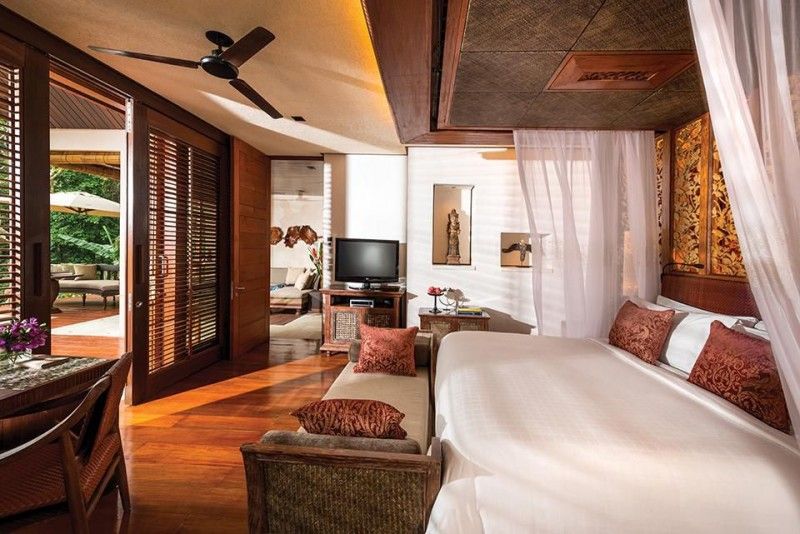 Another memorable moment at Four Seasons Resort Bali at Sayan is the Day in the Life of a Balinese Farmer experience. The half- or full-day activity starts with a picnic breakfast before moving into the actual rice fields (or bales). In your boots and straw hat, you’ll get a lesson in rice growing from a local farmer. After playing in the mud, stroll through a neighboring village where you’ll see the typical (chickens, children playing) and the unexpected (Nyoman Sujana Kenyem’s colorful art studio).

Up to this point, your Bali story probably has read a bit placid — and that’s fine. If you want a few pages of adventure, take a rafting trip on the neighboring Ayung River. You’ll feel the occasional bump but, for the most part, the rapids aren’t all that rabid. The ride does, however, offer a chance to see local wildlife and visit a shrine.

The jaunt ends right at Riverside Café, one of the resort’s two restaurants. During your time at Four Seasons Sayan, you’ll sample themed nights at Ayung Terrace and try a few breakfasts from your villa’s balcony. But for our story, the café’s barramundi sandwich, fries and refreshing limeade prove a magical meal. Something about the fresh catch with the calming waters below your feet just sets the perfect scene.

When you visit, you might have an altogether different recollection from the restaurant. But such is the joy of a Bali vacation where you can bask in two wholly different Four Seasons properties to pen your own unforgettable narrative.